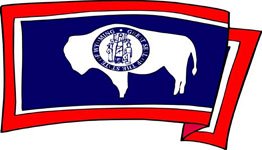 The Wyoming state motto was adopted in 1893 by state Legislature and the Wyoming motto is featured as part of the state seal.

The Wyoming motto "Equal Rights" is a proud statement of the high status Wyoming through history has attributed women.

The motto refers to the year of 1869 when the Wyoming Constitution as the first 'modern' state granted women the right to vote and to hold public office.

However, as 'modern' the equality thought might seem, it does bear to mention, that the reason behind allowing women to vote was not to benefit women as such but to ensure enough votes so the population requirements for statehood could be met.


Whereas there is only one Wyoming state motto, there exist a number of state nicknames for Wyoming:

"The Equality State" or "The Suffrage State"
As mentioned above, in 1869 Wyoming was the first state to allow women the right to vote. 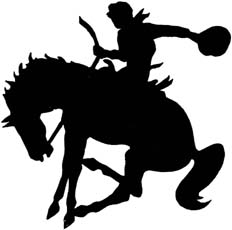 "The Sagebrush State"
Just like Nevada, this widespread wild sage in some state areas are the reason for this Wyoming nickname.


"The Wonderland of America"
Wyoming is a land of varied but rough land, from Great Plains to Rocky Mountains.


Whereas the Wyoming motto intends to describe important values of Wyoming, Wyoming state slogans focus especially on attracting tourists, and as you will see, some are more conventional than others:


"Wyoming: Like No Place on Earth"
This is a Wyoming state slogan that among other things appears on road signs.

"Wyoming: Where Men are Lonely and Sheep are Scared"

"Wyoming or Just a Rectangle? Who Gives a Crap"

Some of these Wyoming funny state slogans can be bought on various souvenir items such as t-shirts and stickers. 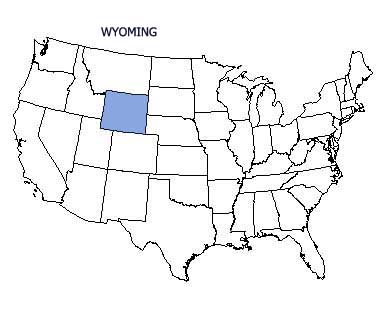 Back to the top of this page about Wyoming State Motto