"All for Our Country"

However, the Nevada motto was adopted during the Civil War at the same time as Nevada entered the Union as a state. To ad strength to the Union, the Union needed the support of one more state, so loyalty and patriotism were strong feelings of bonding in this time of crisis and these sentiments may in this way have contributed to the choice of the Nevada motto.


Whereas there is only one Nevada state motto, there exist a number of state nicknames for Nevada:


"The Silver State"
Nevada has a long history of silver extraction and production (silver is also one of the state colours and is the state mineral).

In 1864 when Nevada was adopted into the Union, silver was at the top of the list of minerals mined in the state. It is said, that in those days silver was so extensive in the ground that it could by extracted by a simple load of a shovel.

This extensive history of silver was proudly exposed as markings "The Silver State" on cars in the early 1980's.

"The Mining State"
This Nevada state nickname is a reference to Nevada’s long and intense mining history.


"The Sagehen State"
The sagehen is often mentioned as a 'lusty' bird because of its quite spectacular sex life that is spiced up with whole day mating performances that go for weeks.

The population of sagehen has dropped significantly during the last 100 years and there is an ongoing debate as to whether the sagehen is now an endangered species or not.

The bird requires access to plenty of sagebrush as this plant or wild flower is one of the main ingredients of its diet.

"The Sagebrush State"
As mentioned above, the sagebrush makes up a very important part of the sagehen's diet. The sagebrush is also Nevada's state flower.


Whereas the Nevada state motto intends to describe the patriotic sentiments of Nevada's 'soul', Nevada state slogans focus especially on attracting tourists, and some, well... are just rather special:


"Battle Born"
This Nevada slogan is also a Nevada nickname.

Some of these Nevada funny state slogans may be bought on t-shirts and the like. 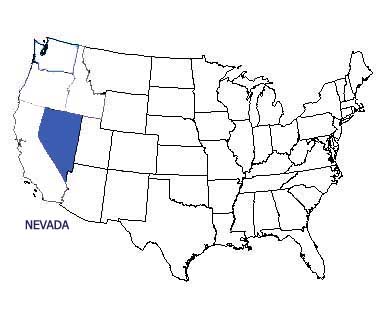 Back to the top of this page about Nevada State Motto