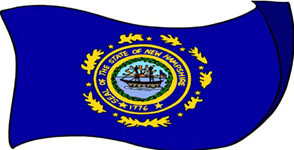 The New Hampshire state motto is originally a quote made by General John Stark, a much respected Revolutionary War hero.

In 1809 General Stark was supposed to have attended a 32nd anniversary reunion with fellow soldiers from the 1777 Battle of Bennington but unfortunately he suffered from bad health and had to turn down the invitation.

Instead he sent a toast containing the words (in the first half of the quote) of what is today's New Hampshire state motto: "Live Free or Die; Death is not the Worst of Evils".

The New Hampshire state motto was adopted by legislature somewhat later in 1945 as the World War II was near an end.

"The Mother of Rivers"
From the White Mountains five of New England's great rivers originate. Other interstate rivers are: the Androscoggin River, the Connecticut River, the Saco River, the Pemigewasset River, and the Merrimack River.


"Switzerland of America"
The view of the White Mountains made early visitors compare them to the Alps of Switzerland.


"You're Going to Love it Here"
This is the official New Hampshire state slogan from the Department of Resources and Economic Development: VisitNH.gov


"New Hampshire: Go Away and Leave Us Alone"

"Think This is Bad? You Should See Old Hampshire"

Some of these New Hampshire funny state slogans can be bought on t-shirts and stickers and other souvenir items. 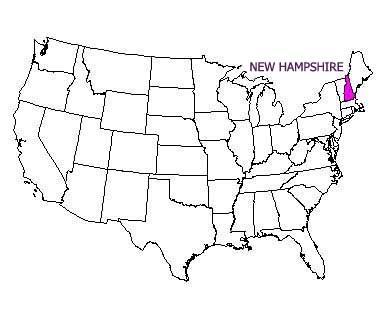