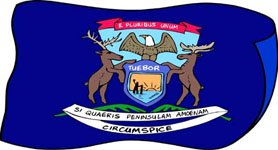 This Michigan state motto is a Latin motto which in English means "If you seek a pleasant peninsula, look about you". The Michigan motto was adopted in 1835 as part of the state's coat-of-arms and state seal.


Story goes that the Michigan motto is a reference to the Lower Peninsula as the Upper Peninsula was added later in 1837.

The nature of the Michigan motto seems somewhat different from that of many of the other state mottos as it does not emphasize the more frequently used patriotic values such as "union", "peace", "God", "justice", "equality", "liberty" and the like.

On the state webpage, the state of Michigan MichiganGov
expresses that the motto of Michigan "holds many truths. Michigan is a land of great splendors. Full of natural beauty, historical importance and citizens full of hope and energy(...)"

Whereas there is only one Michigan motto, there exist a number of state nicknames for Michigan:


"Lady of the Lake"
Yet again, another reference to the many lakes of Michigan. This Michigan state nickname may stem from Sir Walter Scott's poem, "The Lady of the Lake."


"The Wolverine State"
The origin of this Michigan state nickname is somewhat blurred and in one case even self contradictory: 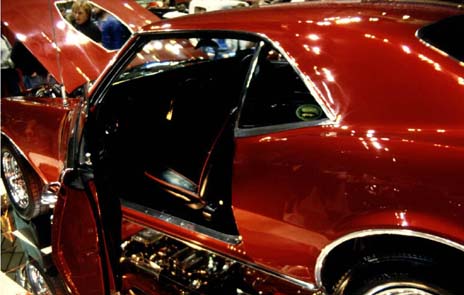 Whereas the Michigan state motto intends to describe the 'soul' of Michigan: "If you seek a pleasant peninsula, look about you" - Michigan state slogans focus especially on attracting tourists, and as you will see, in both a serious and funny ways:


"Pure Michigan"
This Michigan state slogan is part of a tourism campaign launched by the state and which may be see on the Michigan's Official Travel and Tourism Site: MichiganOrg


"Michigan, Give Your Business the Upper Hand"
This Michigan slogan's purpose is to attract business to the state Michigan and it may be seen on the webpage of The Michigan Economic Development Corporation: MichiganAdvantage


"Michigan: First Line of Defense From the Canadians"

"Michigan: Talk to the Hand"

"Michigan: The Hideous Growth on the Forehead of America"

Some of these Michigan funny state slogans are featured over various souvenir t-shirts and stickers. 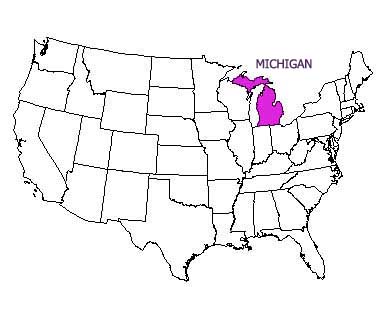 Back to the top of this page about Michigan State Motto