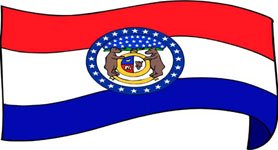 The Missouri motto has not been officially designated by act of state legislature and is therefore not an official state motto.

The Missouri state motto was adopted in 1822 and is featured as part of the state seal.

Whereas there is only one Missouri motto, there exist a number of state nicknames for Missouri:

"The Show Me State"
There are several legends that try to capture the elusive origin of this Missouri state nickname:

"The Bullion State"
This Missouri state nickname refers back to a particular person, Thomas Hart Bent, who is remembered as stubborn, "Old Bullion". Benton was the first Missouri Senator and he was a dedicated supporter for hard currency in terms of gold and silver. He didn’t believe in the concepts of banks and paper money.


"Mother of the West"
This Missouri nickname is a reference to Missouri’s advantageous geographical location and history of westward expansion. Both the Santa Fe and Oregon trails start in Missouri and The Pony Express and the Butterfield Overland Mail Route both originated in Missouri.


"The Cave State"
In the state of Missouri there are more than 6,000 known caves (a number only surpassed by the state of Tennessee).


"The Lead State"
A century ago Missouri was in the lead of world’s lead industry. Placed in the Ozark Mountains (the "Old Lead Belt") cities such as River Mines, Leadington, Leadwood, and Old Mines are testimony of Missouri's fine status in the lead industry.


"The Iron Mountain State"
Back in the mid 1800s the Iron Mountain was the absolute centre of conversational topics in the states. Many thought it a "mineralogical joke" that a mountain consisting mainly of such rich and pure iron veins really existed. A tale speaks of the United States President who during a dinner was to have said to a Missouri senator's wife: "Mrs. Linn, I hear you have, in your state, iron ore so pure that it does not have to be smelted; that you forge directly from the ore". To prove the rumour true, Mrs. Linn was to have sent the President knife from a good iron ore.


"Pennsylvania of the West"
This nickname refers to Pennsylvania because of its similar economical focus on mining and manufacturing.


"Missouri - Close to Home, Far from Ordinary"
This is a Missouri state slogan from the official tourism site for the state of Missouri: VisitMO.com

"Put Us Out Of Our Missouri"

"This Place is Missouri"

"Missouri: The Show Me Your Boobs State"

"Missouri: The "Show Me State". You show me yours and I'll show you my rifle"
~ Darlene Forsman ~

Some of these funny state slogans Missouri may be bought on t-shirts and the like. 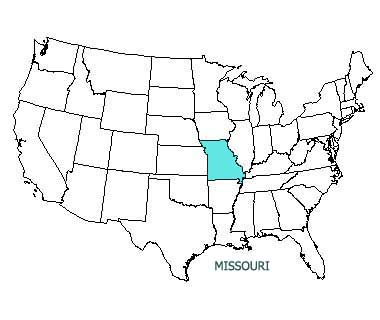 Back to the top of this page about Missouri State Motto