The Arizona state motto is one of the many Latin mottos of U. S. states. Translated into English, it means "God enriches". The motto was provided by the writer and journalist Richard McCormick who was appointed secretary of the Arizona Territory by President Lincoln.

Other U.S. states that have mottos that like the Arizona state motto embody deep religious sentiments and references to God are Colorado, Florida, Ohio and South Dakota.

"The Copper State"
Arizona is the largest industrial producer of Copper in the states, hence this Arizona state nickname. In the middle of the Arizona flag yet another reference to copper is made in the symbol of a copper star.

"Italy of America"
The mountainous scenery is found to have great similarities to the looks of the mountains of Italy.

"The Sand Hill State"
As this Arizona nickname indicates, numerous areas of sand hills may be found in the state.

"The Aztec State"
In the Gila and Salt River valleys, some ancient ruins are thought to have been built by the Aztec people. 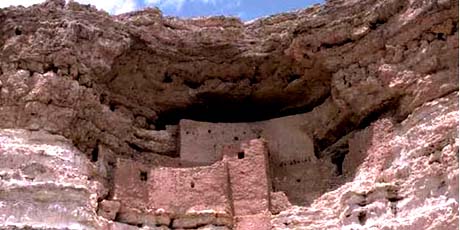 "The Apache State"
In the 19th century, many battles were fought between the Native American Apache people and the European newcomers.

"The Baby State"
For a long period Arizona was the latest state to have joined the Union – hence the "baby of the great family".

"The Valentine State"
February 14th was the day that Arizona was adopted into the Union.

Whereas the motto intends to describe the 'character' of Arizona with reference to God's charity to the world, Arizona state slogans focus especially on attracting tourists, and as you will see, in both serious and funny ways:

"Arizona - Grand Canyon State"
This Arizona state slogan is from the official Arizona travel and vacation guide from the Arizona Office of Tourism: ArizonaGuide.com

"Arizona: Soon To Be the Pacific Coast State"
~ Michelle Steiner ~

Some of these Arizona funny state slogans are sold on souvenirs such as t-shirts, hats, and badges. 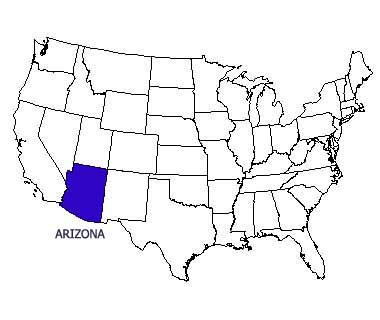 Back to the top of this page about Arizona State Motto