The California state motto "Eureka" is a Greek motto which may be translated as "I have found it". It is in fact the only U. S. state motto in Greek.

The California motto appears on the state seal and for a long time it was an unofficial state motto until 1963 when it formally adopted.

The motto may refer to two things: 1) the state admission or 2) the discovery of gold in California.

Whereas there is only one California motto, there exist a number of state nicknames for California:

Gold, both as beautiful warm colour and symbolic meaning of high value, is emphasized in various ways across the state - in buildings: Golden Gate Bridge, as natural scenery: Golden poppies in springtime and golden sunsets at the beach.

Yet another meaning of the "The Golden State" is the historical reference (like the California state motto "Eureka" ("I have found it")) to the successful digging of gold done in California. 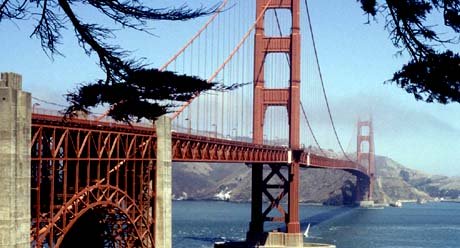 "The Land of Milk and Honey"
This California nickname is a direct reference to the Bible and designates a land of prosperity and richness.


"The Grape State"
The large industrial growth of grapes for purposes of making wine is the background for this state nickname.

Whereas the California motto refers to specific historical events, the California state slogans focus especially on attracting tourists - and as you will see, in both an attempted serious way ... and some less serious ways:


"California: As Seen on TV"

"By 30, Our Women Have More Plastic Than Your Honda"

"California: It's Long and Hangs to the Left"

"California: Our Governor Can Inappropriately Fondle Your Governor"

"I'm a Big Deal in California"
These funny state slogans for California appear on sellable coffee mugs, t-shirts, stickers and the like. 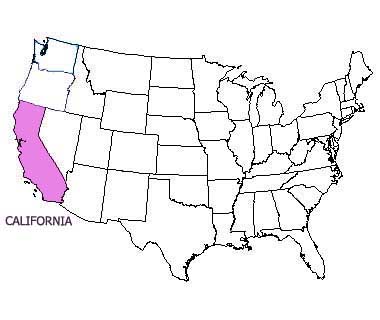 Back to the top of this page about California State Motto