"The Crossroads of America" (Official)

The Indiana state motto was adopted in 1937. The Indiana Department of Administration explains the meaning behind the Indiana motto as such:


"'The Crossroads of America' signifies the importance of waterways, railroads, highways and other transportation facilities in the state, viewed by many as some of the finest in the nation."

The importance Indiana puts on paths of transportation has roots all the way back to the early 1800s when the major cross state Cumberland Road (today US Route 40) was built.

Whereas there is only one Indiana motto, there exist a number of state nicknames for Indiana:

"The Hoosier State"
Since the 1830's Indiana has gone under this nickname. The reason behind this nickname has been speculated much upon and therefore many interesting and humorous theories on the subject exist.

A few of them are listed below:


"Indiana: Restart Your Engines"
This Indiana state slogan is a reference to the "Indianapolis 500-Mile Race". It is also the slogan of Indiana's Official Travel Planning Source: VisitIndiana.com


"Enjoy Indiana"
This is the Slogan from the "Indiana Find: Your Indiana Search Engine": IndianaFind.com

Some of these Indiana funny state slogans can be bought as souvenir items on t-shirts and stickers. 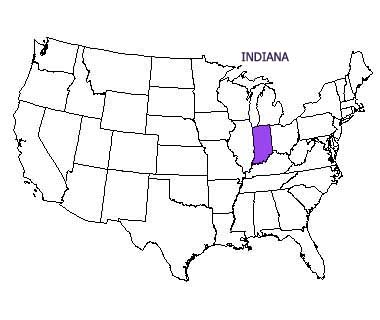 Back to the top of this page about Indiana State Motto