This Hawaii state motto is in Native Hawaiian and means in English "The life of the land is perpetuated in righteousness".


The words were supposedly first uttered by Queen Ke'opuolani in the year of 1825 when she was baptized a Christian.

However, the words are later associated with King Kamehameha III of the Kingdom of Hawaii. He was to have uttered the Hawaii motto when the Hawaiian flag was raised over Hawaii on July 31, 1843 - the day when Queen Victoria restored sovereignty to Hawaii after British occupation.

It was adopted as the official Hawaii motto on May 1, 1959 and exists as an element of the Hawaii state seal.


Whereas there is only one Hawaii motto, there exist a number of state nicknames for Hawaii:


"The Aloha State" (Official)"
This Hawaii state nickname was designated in 1959 by Legislature of the State and is known as an 'official popular name'. 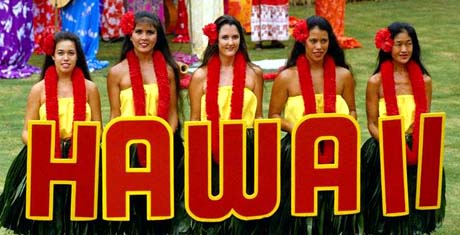 "Paradise of the Pacific"
This example of Hawaii state nicknames speaks for itself. Hawaii is considered one of the most beautiful islands of the Pacific.

"The Pineapple State"
The widespread growth of pineapple and Hawaii's consequent economic dependency on the fruit is the background for this Hawaii nickname.


"The Youngest State"
Hawaii was the 50th last state to join the United States.

Whereas the Hawaii state motto intends to emphasize an important patriotic moment in history (Hawaii state motto: "The life of the land is perpetuated in righteousness"), Hawaii state slogans focus especially on attracting tourists, and as you will see, some are more serious than others:


"The Islands of Aloha"
This is the Hawaii state slogan from Hawaii's official tourist site: GoHawaii.com

"Hawaii: You Had Me at Aloha"

"Hawaii: Come Surfing Because We Love Your Hilarious You Tube Vids"
~ Gregory Seel ~

"Hawaii: We're Not Gay, We Just Really Like Rainbows!"

Some of these Hawaii funny state slogans may be bought as souvenirs on t-shirts and stickers.

Back to the top of this page about Hawaii State Motto