The Tennessee state motto is one of the youngest state mottoes and was adopted by the General Assembly as late as in the year of 1987.

The Tennessee motto is taken from wordings featured on the 1801 great seal of Tennessee.

The Tennessee motto "Agriculture and Commerce" is also symbolically represented on the seal. On the seal is pictured a plough, a sheaf, and cotton stalk which all contribute to represent the state values attributed agriculture. Commerce is symbolized by the riverboat.

The Tennessee state motto is similar to one of the Georgia state mottos.


Whereas there is only one Tennessee motto, there exist a number of state nicknames for Tennessee:


"The Volunteer State"
This is one of the most well-liked nicknames of the Tennessee as is refers to honour and courage.

This Tennessee state nickname refers to the War of 1812 when thousands of brave Tennessean men volunteered to Governor Blount’s call for enlistment.


"The Mother of Southwestern Statesmen"
This is another nickname with essence in pride. It refers to the Tennesseans' efforts in influencing and shaping the national government.


"The Big Bend State"
“The River with the Big Bend” was an Indian name for the Tennessee River.


"The Hog and Hominy State"
This nickname refers back to a particular time period (1830-1840) when Tennessee produced large quantities of corn and pork. The nickname is not in much use today.


Whereas the Tennessee motto intends to describe values important to Tennessee - Tennessee motto: "Agriculture and Commerce" - Tennessee state slogans focus especially on attracting tourists, and as you will see, some are more serious in nature than others:


"Tennessee – America at Its Best"
This Tennessee state slogan was adopted as official state slogan in 1965. It can be seen on the web site of Middle Tennessee Tourism Council: MiddleTennesseeTourism.com


"The Stage Is Set For You"
This is another Tennessee slogan which can be seen on the web site of the Tennessee Department of Tourist Development: TNVacation.com


"Sounds Good to Me"
This is a former Tennessee slogan.


"Follow Me To Tennessee"
This is also a former Tennessee slogan.

"Tennessee: Where Teeth are Optional"

"Tennessee: Don't Make me Take off my Bible Belt"

"Tennessee: As Seen on COPS"

Some of these Tennessee funny state slogans can be bought on t-shirts and other souvenir items. 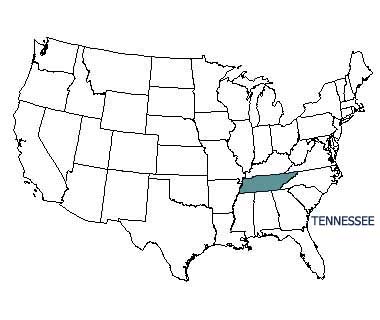 Back to the top of this page about Tennessee State Motto