This Mississippi state motto is a Latin motto and in English it means “By Valor and Arms”. "Valor" may be interpreted as 'courage' and the intended meaning of "arms" may be 'strength'.

Interestingly, the Mississippi motto may have its roots and inspiration from another motto with a subtle, but somewhat different message. This motto created by Lord Gray De Wilton: "Virtute Non Armis Fido" (I trust in virtue not arms).

Whereas there is only one Mississippi motto, there exist a number of state nicknames for Mississippi:

"Hospitality State"
This Mississippi state nickname is especially valued and used as warm and welcoming image by the Mississippi tourism industry.


"The Bayou State"
This Mississippi state nickname is a reference to the marshy streams that go through the lowlands along the great Mississippi River and out into the Gulf.


"The Mud-cat State"
Mud-cats are a nickname for cat-fish that are found in large sizes in swamps and rivers, including the Mississippi River and Tennessee River which offer several different species of the cat-fish.


"The Ground-hog State"
There is no explanation to this nickname other than a once assumed large number of Ground-hogs in the state.


"The Mud-Waddler State"
No explanation of the origin on this nickname is available.

"Mississippi - Feels Like Coming Home"
This is the Mississippi tourism slogan from 2002.


"Mississippi - The South's Warmest Welcome"
This is also a Mississippi state slogan.


"Mississippi: Come Feel Better About Your Own State"

"I'm From Mississippi, Can You Tell Me What My T-shirt Reads?"

Some of these Mississippi funny state slogans can be bought on t-shirts and stickers. 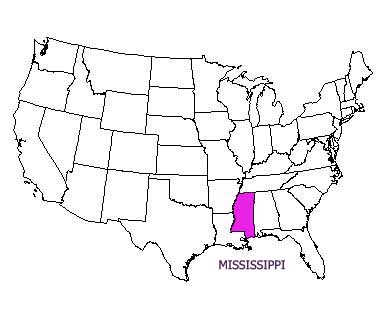 Back to the top of this page about Mississippi State Motto