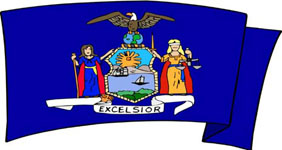 The New York state motto "Excelsior" is a Latin motto and in English it means something in the vicinity of "ever upwards", "higer" or "superior".

One interpretation of the message behind the New York motto is that the Latin word "Excelsior" is symbolic for striving for higher goals or ambitiously working towards achieving one's goals.


Whereas there is only one New York motto, there exist a number of state nicknames for New York:


"The Excelsior State"
This nickname is derived from "Excelsior", the New York state motto of the state of New York, meaning "ever upwards". 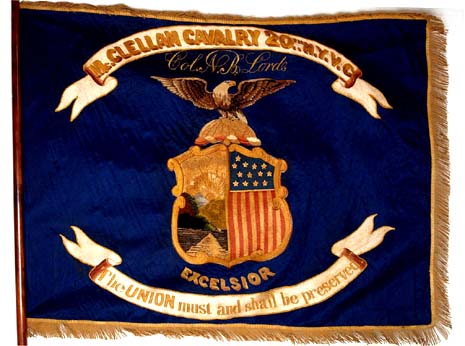 "The Empire State"
This New York state nickname refers to New York's national wealth and global impact. This state nickname was inscribed on New York license places for a little over a decade (from 1951 to mid-1960'ies) and then suddenly reappeared in 2001 and still going strong this very day. 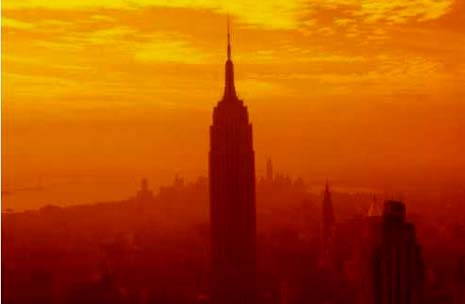 "The Knickerbocker State"
Back in the early days of settlement on American ground, the first Dutch settlers in New York, supposedly wore pants that today is called "Knickerbocker".

The nickname is German and is made up of "Knicker" (box) and "Bock" (male goat). "Knickerbocker" was made popular in the book "Knickerbocker History of New York" written by American author and historian Washington Irving.

"New York is For Lovers"

Some of these New York funny state slogans are sold on t-shirts and stickers. 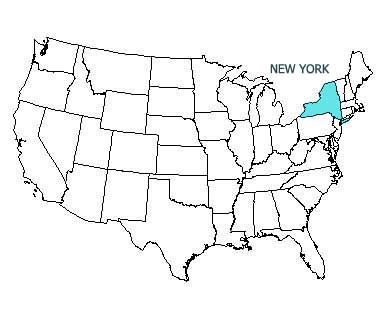