This Maryland state motto is Italian from 1776 and exists as a part of the state seal.

The course of history has provided several ways of translating the Maryland state. The loose but most widely accepted legal translation is 'Manly deeds, womanly words' from 1975.

This makes the Maryland motto one of the most elusive state mottos in terms of certainty of intended meanings.


Whereas there is only one Maryland state motto, there exist a number of state nicknames for Maryland:

"The Cockade State"
This is once again a reference to the fine Maryland soldiers.

The "King's Handbook of the United States" 1891 states that the soldiers of the Maryland Old Line "...wore brilliant cockades" - decorative badges that were to be seen on hats among other things.


"The Free State"
This Maryland state nickname is from 1919 and refers to a never published article by editor Hamilton Owens of the Baltimore Sun.

The article "The Maryland Free State" was a cocky response to a Georgian Congressman, William D. Upshaw who viewed Maryland as a traitor to the Union as it didn't prohibit the sale of liquor.

In his article Owen suggested that Maryland should withdraw from the Union before ever supporting this Prohibition. Many inhabitants of Maryland saw this prohibition as a violation of personal freedom.

President Adams was probably so impressed with the city's monuments at his visit in 1827 that this was the background for this version of the Maryland state nickname.


"The Queen State"
Maryland is thought to be named after Queen Henrietta Maria.


"The Oyster State"
A reference to the large oyster industry of Maryland.

Whereas the Maryland motto intends to describe the character of Maryland, Maryland state slogans focus especially on attracting tourists, and as you will see, some are more official looking in character than others:


"Seize the Day Off"
This is the result of an attempt from Governor Ehrlich to promote Maryland Tourism.


"America in Miniature"
This is an old version of the Maryland state slogan and is a reference to the representativeness of Maryland in terms of natural sites.


"More Than You Can Imagine"
This is also an old Maryland slogan that could be found on licence plates.

"Maryland: If You Can Dream It, We Can Tax It"

"If it Weren't for Washington, You Wouldn't Find Us"

Some of these Maryland funny state slogans are featured on souvenir t-shirts. 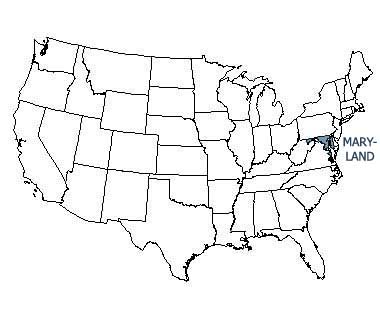 Back to the top of this page about Maryland State Motto