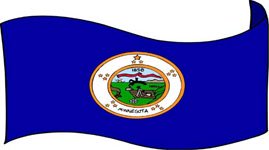 The Minnesota state motto is a French motto which in English means "The Star of the North".

The motto is also a cherished symbolic memory of the French missionaries, traders, and explores that centuries ago entered the territory of Minnesota - some to do business, others to settle down and make a living.

Whereas there is only one Minnesota motto, there exist a number of state nicknames for Minnesota:


Minnesota State Trivia"Land of 10,000 Lakes"
Minnesota, just like the state of Michigan, is really a home lakes and this Minnesota state nickname actually understates the facts. Minnesota has 11,842 lakes larger than 10 acres. The written testimony on the state licence plates, "10,000 Lakes", is a proud reference to all the lakes of Minnesota.


"The Wheat State"
Like the state of Kansas, Minnesota does very well in wheat production. 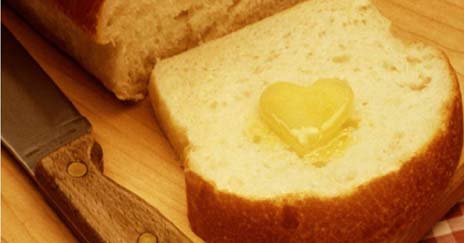 "New England of the West"
The many New England emigrants in Minnesota are the source behind this Minnesota state nickname.


"The Gopher State"
The abundance of the cute, little striped gopher on the prairie regions of the state is the reason behind this Minnesota nickname.

Whereas the Minnesota motto intends to capture the 'soul' of Minnesota: "The Star of the North" - Minnesota state slogans focus especially on attracting tourists, and as you will see, in both 'serious' and humorous ways:


And now get ready for an impressive list of funny state slogans for Minnesota:

"Save a Minnesotan - Eat a Mosquito"

"If You Love Minnesota, Raise Your Right Ski"

"Minnesota: One Day It's Warm, the Rest of the Year It's Cold"

"Minnesota - Land of 2 Seasons: Winter is Coming, Winter is Here"

"Minnesota - Glove It or Leave It"

"Minnesota - Home of the Blonde Hair and Blue Ears"

"Minnesota - Where the Elite Meet Sleet"

"There Are Only 3 Things You Can Grow in Minnesota: Colder, Older, & Fatter"

"Minnesota - Have You Jump Started Your Kid Today?"

"Minnesota - Land of the Ski and Home of the Crazed"

"Minnesota - We're Not as Fat as Wisconsin"

"Minnesota - Home of the Mispi-Mispp-Missispp (Where the damn river starts!)"

"Why Minnesota? To Protect Ontario from Iowa!"

"Survive Minnesota and the Rest of the World is Easy"

"Minnesota - Come Fall in Love With a Loon"

"Minnesota: We're Not as Fat as Wisconsin" 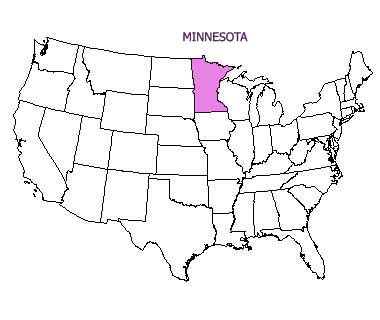 Back to the top of this page about Minnesota State Motto