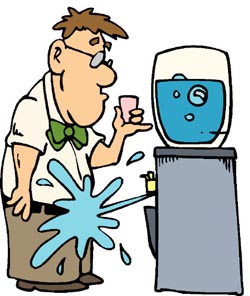 - Men occasionally stumble over the truth, but most of them pick themselves up and hurry off as if nothing ever happened.

- Men are like spray paint. One squeeze and they're all over you.

- Men are like fish ... neither would get in trouble if they kept their mouths shut.

- Just because men have one, doesn't mean they have to be one.

- Men are like lava lamps. Fun to look at, but not all that bright.

- Why men are like toilets: 1) They are always out of order. 2) They stink. 3) The nice ones are always engaged. 4) They consume large amounts of liquid. 5) They are constantly full of crap.

- Men are like cement ... after getting laid, they take a long time to get hard. 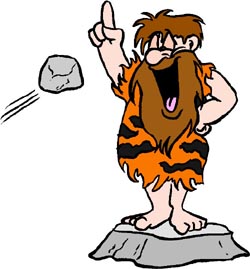 - Politicians and diapers have one thing in common. They should both be changed regularly, and for the same reason.

- Politics is the art of looking for trouble, finding it, misdiagnosing it and then misapplying the wrong remedies.

- Even crime wouldn't pay if the government ran it.

- To succeed in politics, it is often necessary to rise above your principles.

- My wife only has sex with me for a purpose. Last night it was to time an egg.

- Sex is like air; it's not important unless you aren't getting any.

- The web isn't better than sex, but sliced bread is in serious trouble.

- Sex is like a Ford Explorer. Going too fast may cause a roll-over injury.

- Why is sex like a bridge game? You don't need a partner if you have a good hand.


Short Hilarious Jokes About Amnesia ... I Already Told You This, Remember?
~ Memory Jokes

- I don't remember being absent minded.

- Ever stop to think and forget to start again?

- My wife says I never listen, or something like that ...

- I can't remember the last time I forgot something.

- If you take a laptop computer for a run you could jog your memory.

- The more you say, the less people remember.

-When I told the doctor about my loss of memory, he made me pay in advance.

- If 4 out of 5 people suffer from diarrhoea ... does that mean that one enjoys it?

- Remember half the people you know are below average.

- Ninety-nine percent of lawyers give the rest a bad name

- All generalizations are false.

- 42.7 percent of all statistics are made up on the spot.


Short Jokes About the Dubious Joys of Working
~ Job Jokes 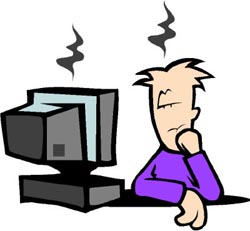 - Never put off until tomorrow what you can avoid altogether.

- Hang in there: Retirement is only 30 years away!

- If a job is worth doing, then get someone in to do it properly.

- Hard work never killed anybody but why take the risk!

- Work fascinates me - I can look at it for hours!

- Hard work pays off in the future. Laziness pays off now.

- Some people are like blisters. They don't show up until the work is done.

- A chemist who falls in acid gets absorbed in his work.

- Viagra is like Disneyland; a one hour wait for a 2-minute ride.

- Why do nursing homes give Viagra to their male patients? To keep them from rolling out of bed.

- If you're depressed and think you might need Viagra, see a professional. If that doesn't work, see a doctor!

- What is the difference between your first honeymoon and your second? The first: Niagara; the second: Viagra.

- A man and his wife went to the chemist to pick up his prescription for Viagra. Seeing the $10 per pill price, the man was astonished - but his wife had a different opinion - "Oh, $40 a year ain't too bad".

- It's been revealed that criminals who steal Viagra will face stiff penalties.

- We never really grow up, we only learn how to act in public.

- Couple who cross LSD with birth control pills, get a trip without the kids.

- Children: You spend the first 2 years of their life teaching them to walk and talk. Then you spend the next 16 years telling them to sit down and shut-up.

- Do infants enjoy infancy as much as adults enjoy adultery?

- I thought about how mothers feed their babies with tiny little spoons and forks so I wondered what do Chinese mothers use? Toothpicks?

- What do you get if you cross a baby with soldiers? Infantry!

- The teacher asked Simon to say his name backwards. "No mis" he replied!