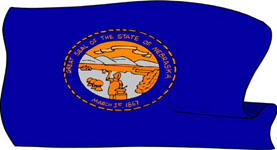 "Equality Before the Law"

The Nebraska state motto was adopted in 1867 and appears on both the state flag and the state seal.

The Nebraska motto encapsulates the belief that every individual has an irrefutable right to freedom and equality irrelevant of status and religious convictions.

In other words, the message of this ideology is that we all abide by the same laws and no-one has any special privileges above anyone else.

In the course of time, America has had its fair share of struggling with what we today perceive as more or less a logical, basic human guideline. However, the violent conflicts of slavery, religious persecution and racial segregation, just to mention a few, are solid proof that the Nebraska state motto "Equality Before the Law" has not always been subject to such public common reasoning.

In this way the Nebraska motto is one of the great, most important pillars of the American justice system today.

Whereas there is only one Nebraska state motto, there exist a number of state nicknames for Nebraska:

This nickname obviously also refers to corn - a substantial source of sustenance to the great herds of beef cattle that are bred in the state of Nebraska.


"The Beef State"
For a decade, from mid 1950s to mid 1960s, this Nebraska nickname appeared on the license plates. The reason for this 'honouring' was the substantial impact that beef had on the state economy. In fact, there are more cattle in Nebraska than people (4 to 1) and Nebraska is in the absolute U.S. lead of meat export and cattle harvest.

Close to 1.85 million cows live and breathe in the state of Nebraska.

"The Bug-eating State"
This is probably a reference to the many bull bats that fortunately for us humans like eating the irritating insects.


"The Antelope State"
In 1870 this nickname came about as a tribute to the elegant antelope of the prairies. Today the antelope primarily lives in the western half of Nebraska.

"The Blackwater State"
This Nebraska nickname refers to the black soil that makes the water in the Nebraska streams seem black.


Whereas the Nebraska state motto intends to describe the soul of justice inherent to Nebraska, Nebraska state slogans focus especially on attracting tourists, and some do it in a rather special way:


"Nebraska: Possibilities... Endless"
This Nebraska state slogan is from the Nebraska Department of Economic Development's, Division of Travel and Tourism: VisitNebraska


"The Good Life"
This 1970s Nebraska state slogan went before "Nebraska: Possibilities... Endless" that came to the fore in 2003.

"Nebraska: Home of the Great Cornholio"

"Nebraska: Safe Sex, We Mark the Sheep that Kick"

Some of these Nebraska funny state slogans can be bought on t-shirts. 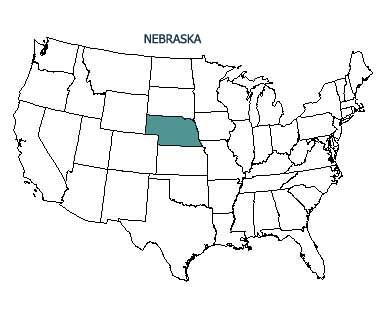 Back to the top of this page about Nebraska State Motto