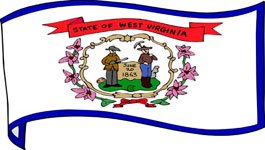 The West Virginia state motto is a Latin motto and in English it means "Mountaineers Are Always Free".

The West Virginia motto was suggested by the artist Joseph H. DisDebar who was also the creative spirit behind the state seal.

In this way the West Virginia motto represents patriotic values of freedom and independency.


Whereas there is only one West Virginia state motto, there exist a number of state nicknames for West Virginia:


"The Mountain State" and "Switzerland of America"
The beautiful Allegheny Mountains that go through the state are the inspiration for this West Virginia state nickname.

Like Colorado, Maine, New Jersey, and New Hampshire, the mountainous terrain has been compared to the Alps of Switzerland.


"The Panhandle State"
This West Virginia nickname is a reference to Virginia's physical shape as it appears on a map. The slender territory between Maryland and Virginia is called the Eastern Panhandle and the land strip between Ohio and Pennsylvania is designated the Northern Panhandle.


"West Virginia, Open for business"
This is a very publicly criticized West Virginia state slogan from 2006 which was the state's welcome sign slogan.


"Wild, Wonderful West Virginia"
This is a former West Virginia slogan which lasted from 1975 to 1991. Apparently, it is still going strong today as it is featured on the West Virginia Vacation, Travel, and Tourism Homepage: VisitWestVirginia.com


"Almost Heaven"
In her opening line for her speech after her win in the 2008, West Virginia Democratic primary, Hillary Rodham Clinton said: "You know, like the song says, 'It's almost heaven".

"West Virginia: Safe Sex, We Mark the Sheep that Kick"

"It's All Relative in West Virginia"

"West Virginia is for Loving Your Sister"

"West Virginia is Better If You're Drunk"

Some of these West Virginia funny state slogans can be bought on various souvenir items such as t-shirts, caps, mugs and the like. 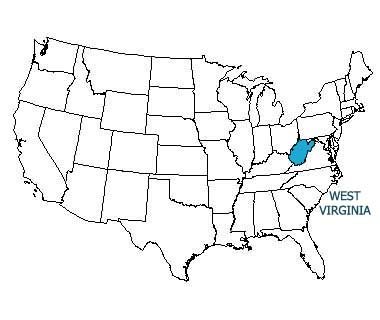