• Here is our collection of really funny one liners - sharp and humorous firepower quickly delivered in one sentence (sometimes two).

- Since a lawyer joined our nudist colony, he hasn't had a suit.

- You have the right to remain silent; Anything you say will be misquoted, then used against you.

- A lawyer is someone who writes an eighty-page document and calls it a brief!

- What happens to a lawyer who jumps out of a plane at 35,000 feet without a parachute? Who cares?

- How can you tell when a lawyer is lying? His lips are moving.

- What's the difference between a lawyer and a liar? The pronunciation.

- It was so cold last winter that I saw a lawyer walking down the street with his hands in his own pockets. 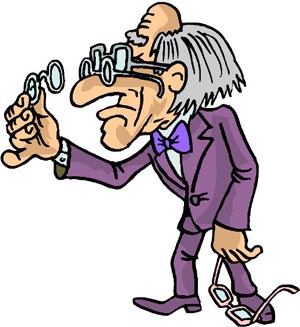 - I finally got my head together, now my body is falling apart.

- When she saw her first strands of gray hair, she thought she'd dye.

- By the time a man is wise enough to watch his step, he's too old to go anywhere.

- We are born naked, wet and hungry. Then things get worse.

- Age is a very high price to pay for maturity.

- The nice thing about being senile is you can hide your own Easter eggs.

- Pride, commitment, teamwork; Words we use to get you to work for free.

- If you're too lazy to start anything, you may get a reputation for patience.

- A procrastinator's work is never done.

- In prison all expenses are paid by the taxpayer with no work required - At work you get to pay all the expenses to go to work and then they deduct taxes from your salary to pay for prisoners. 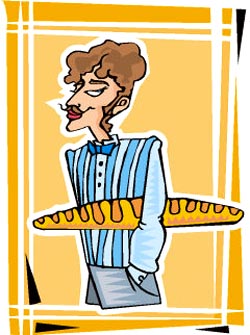 - An Australian kiss is similar to a French kiss, but given down under.

- A Greek tampon is called "Abzorba the Leak."

- To get an Irishman to climb on the roof, tell him that the drinks are on the house.

- Gay Australian man will leave his wife and return to Sydney.

- If you jump off a Paris bridge, you are in Seine.

- What happened to the Chinese man who walked into a wall with a boner? He smashed his nose.

- What do you call a Mexican guy who lost his car? Carlos!

- Experience is something you don't get until just after you need it.

- Consistency is the final refuge of the unimaginative

- The only substitute for good manners is fast reflexes.

- There are three kinds of people: Those who can count and those who can't.

- Bills travel through the mail at twice the speed of checks.

- If you have lost something, it will be in the last place you look for it.

- The quietest place in the world is the complaint department at a parachute packing plant.

- A bicycle can't stand alone; it is two tired.

- A speech is like a bicycle wheel; the longer the spoke, the greater the tire.

- A rental car is the only true all-terrain vehicle.

- What do you call a Lada/Skoda at the top of a hill? A miracle.

- What do you call a song sung in an automobile? A cartoon.

- "As you exit the plane, make sure to gather all of your belongings. Anything left behind will be distributed evenly among the flight attendants. Please do not leave children or spouses."

- What is the sharpest thing in the world? A Fart; It goes through your pants and doesn't even leave a hole.

- Flatulence is the emergency vehicle that picks you up after you are run over by a steamroller.

- Gaseous clouds have been detected around Uranus.

- A skeleton was trying to fart in a crowded place but in the end it couldn't because it had no guts.

- Why fart and waste when you can burp and taste?

- Why do farts smell? For benefit of the deaf.

- What's the definition of bravery? A man with diarrhea chancing a fart!

- How do I set a laser printer to stun?

- How many roads must a man travel down before he admits he is lost?

- I wonder how much deeper the ocean would be without sponges?

- You can't have everything, where would you put it?

- What hair color do they put on the driver's licenses of bald men?

- In a country of free speech why are there telephone bills?

- If practice makes perfect, and nobody's perfect, why practice? 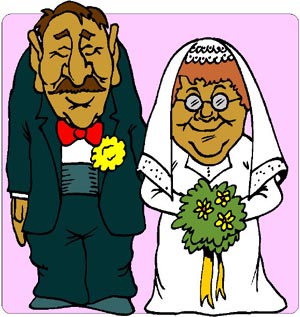 - Marriage is a three ring circus: an engagement ring, a wedding ring, and suffering.

- Marriage is the process of finding out what kind of man your wife would have preferred.

- At a nudist wedding, you don't have to ask - you can see who the best man is.

- Seven days on a honeymoon make one hole weak.

- A husband was asked: Do you talk to wife after sex? His answer: Depends, if I can find a phone.

- Husbands are like fires; they go out when left unattended.

- What's the difference between a penis and a bonus? Your wife will always blow your bonus!

- A successful man is one who makes more money than his wife can spend.

- The best way to make your wife's panties wet every day is to do the laundry.