The Best One Line Jokes Ever

• Here is our collection of best one line jokes - it only takes one line to have a great time:-)
• On this page you will find mind jokes, dyslexic jokes, crap jokes, shut up jokes, funny penis jokes, mix jokes, abbreviation jokes and ignorance jokes.

• No go and catch the fun - there is something for every mood!

Jokes About the Confusing Life Inside the Human Mind
~ Mind Jokes

- I'm an apathetic sociopath - I'd kill you if I cared.

- I don't suffer from insanity; I enjoy every minute of it.

- Give me ambiguity or give me something else.

- I used to think I was indecisive, but now I'm not too sure.

- They told me I was gullible and I believed them.

- I didn't use to finish sentences, but now I

- Out of my mind. Back in five minutes.

- What does an insomniac agnostic dyslectic do late at night? Lie awake wondering about the existence of dog.

- Who did the dyslexic satanist worship? Santa.

- Dyslexics of the world, untie!

- Being dyslexic has drawbacks ... I once went to a toga party dressed as a goat.


Funny One Liners That Don't Give a Crap
~ Crap Jokes

- The toilet of the Star Ship Enterprise contains 'the captains log'.

- It takes a square ass to shit a brick.

- There where two muffins in an oven, the first one leans over to the second and says "shit its hot in here!" The second one looked shocked and screamed "holy crap a talking muffin!!"

- Constipated people don't give a crap.

- What's the difference between a lawyer and a bucket of shit? The bucket.

- To make a long story short, don't tell it!

- The best way to save face, is to keep the lower part of it shut.

- The tongue must be heavy indeed, because so few people can hold it.

- There are two kinds of secrets: one is not worth keeping and the other is too good to keep.

- Never tell a secret to a pig, it may squeal.

- The best way to keep your word is not to give it.

- A penis is the only thing that a woman hopes she will find hard to handle.

- A rubix cube is like a penis. The longer you play with it, the harder it gets. 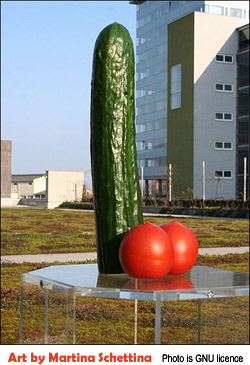 - The useless skin around a penis is called 'a man'.

- A vagina is like a very small hotel. One must leave his bag outside.

- A verbal outburst during the male orgasm is called "sperm wail".

- Christmas trees are like priests ... their balls are just for decoration.

- What's long, hard and full of semen? A submarine.

- A hard-on does not count as personal growth.

- It's not how deep you fish, it's how you wiggle your worm.

- Guys are like roses - watch out for the prick.

- If a bulldog and a shitsu are mated, it would be called a "bullshit".

- Crossing dinosaur with a pig, will make Jurassic Pork.

- A man who mixes poison ivy with a four leaf clover will have rash of good luck.

- What do you get when you mix a donkey and an onion? A piece of ass that will bring a tear to your eye.

- What do you get when you mix Viagra and Prozac? A guy who is ready to go, but doesn't really care where.

- What do you get if you cross a chicken with a cement mixer? A brick layer!

- If Fed Ex and UPS were to merge, would they call it Fed UP?

- Local Area Network in Australia: The LAN down under.

- How many letters are there in the Alphabet? 19 ... because ET went home on a UFO and the FBI went after him.


If You Didn't Already Know It, These Are the Best Jokes about Ignorance
~ Ignorance Jokes

- What is the definition of gross ignorance? 144 blondes. - Education is the path from cocky ignorance to miserable uncertainty.

- If ignorance is bliss, then tourists are in a constant state of euphoria.

- An optimist is a person who doesn't understand the enormity of the problem.

- Knowledge was never known to enter the head via an open mouth.

- Why are men so happy? Because ignorance is bliss.

- Which is worse; ignorance or apathy? I don't know and I don't care.