- The road to success is always under construction.

- The only place where success comes before work is in the dictionary.

- The secret to success is knowing who to blame for your failures.

- Success always occurs in private and failure in full view.

- If you worry about yesterday's failures, today's successes will be few.

- Whenever I find the key to success, someone changes the lock. 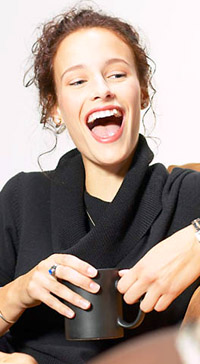 - A woman can humiliate any man by simply saying "Hold my purse."

- Women and rocks are very much alike ... We skip the flat ones.

- A woman will be "Queen of the sewers" if she has accessible manhole.

- Women are like convertibles. They're both more fun with their top down.

- A woman is the only hunter who uses herself for bait.

- Women are like lawn mowers ... If you're not pushing one around, then you're riding it.

- Women are like dollar bills; hard to pickup, but worth the effort.

- What does an electric train toy and a woman's breasts have in common? Both were intended for children but no one can get dad's hands off either of them.

- The short fortune teller who escaped from prison was a small medium at large.

- Prisoners complain behind bars, husbands complain in them.

- In prison, the best way to separate the men from the boys is with a crowbar.

- Putting a teenager in prison, won't stop his face from breaking out.

- In prison you get three meals a day - at work you only get a break for one meal and you have to pay for it.

- What did one Illinois prison inmate say to the other? "The food was better when you were Governor."

- Indifference will be the downfall of mankind, but who cares?

- Don't let your mind wander, it's far too small to be let out on its own.

- I'm impressed, I've never met such a small mind inside such a big head before.

- Nostalgia ain't what it used to be.

- I don't have an attitude problem. You have a perception problem.

- Inflexibility is the hallmark of the Tiny Mind.

- The only perfect science is hindsight.

- Depression is merely anger without enthusiasm.

- Don't assume malice for what stupidity can explain.

- If you open the door to a lesser evil, a greater one will slink in after it.

- The greatest of all faults, is to be aware of none.

- Keep your words soft and sweet, just in case you have to eat them.

- If you want to watch the world pass you by, try driving the speed limit.

- The biggest room you have, is the room for improvement.

- Few things are harder to put up with than a good example.

- A "smart ass" is someone who can sit on an ice cream cone and tell you what flavour it is.

- There is one thing that all smart asses have in common... "Wise Cracks!"

- What do you call an Amish guy with his hand up a horses ass? A Mechanic.

- What's the difference between kinky and perverted? Kinky is when you tickle your girlfriend's ass with a feather. Perverted is when you use the whole chicken!

- A girl went into a doctor's office with a strawberry up her ass, The doctor said: "I've got some cream for that." 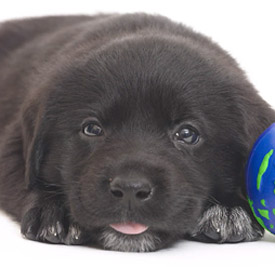 - When fish are in schools they sometimes take debate.

- When a bomb goes off in the middle of a herd of cows, there will be udder destruction.

- Give a man a fish and he will eat for a day. Teach him how to fish, and he will sit in a boat and drink beer all day.

- A giraffe's family reunion is called "necks of kin. "

- To circumcise a whale, send down four skin divers.

- Dalmatians can't play hide and seek, because they are always spotted.

- One cow spying on another cow is called a steak out.

- Dog may be man's best friend, but pussy not far behind.

- Cows without legs are ground beef

- What did the elephant say to the naked man? How do you breathe through that thing?

- Nothing is fool-proof to a sufficiently talented fool.

- Never approach a bull from the front, a horse from the rear or a fool from any direction.

- A cigarette is a pinch of tobacco, wrapped in paper, fire at one end, fool at the other.

- Artificial intelligence is no match for natural stupidity!

- A fool is a 27 story window-washer who steps back to admire his work.

- Did you hear about the idiot who walked around the world? He drowned.