Funny Birthday Quotes, Phrases and Sayings for Everyone ... Plus the History of Birthday Cake

• Here's a collection of funny birthday quotes all ready and able to be put in your witty birthday speeches and humorous birthday cards.
• Find also a brief account on the history of the birthday cake.


If you are looking for the perfect funny birthday sayings and quotes as a compliment to your card or to share with others at a birthday party then you have come to the right place.

There is no shortage of funny birthday phrases and quotes for everyone on here.

There is still no cure for the common birthday!
~ John Glenn ~

Below, you will find a collection of hilarious birthday quotes and phrases that refer to everything to age and men. Surely, one of the many funny birthday phrases and quotes will find a perfect place within someone's card. One thing is for sure they will have people laughing at some point. From cute to outrageous, we have a little something for all.

Authorities say brain cells may shrink, but they don't necessarily die. Frankly, I am cheered by the fact that something is shrinking. I'd be even more thrilled if what was shrinking affected my dress size, but you can't have everything.
~ Erma Bombeck ~

Age is like underwear ... it creeps up on you!
~ Funny Birthday Quote ~

Before we pour out more funny quotes, though, let's take a little walk down birthday cake history. It is always nice to have an idea on where some of our traditions came from. 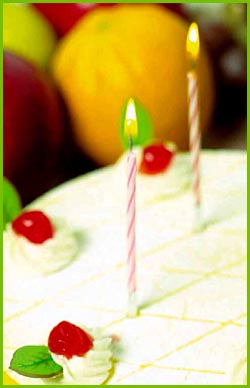 A Brief History of Birthday Cake

Many believe that the word "cake" traces back as the early 13th century.

The roots of the word are said to have come from an Old Norse word, 'kaka' - and the present Danish word for cake is almost similar: It's called 'kage'.

You know you are getting old when the candles cost more than the cake.
~ Bob Hope ~

Historically, the Greek would make a round or moon shaped honey cake or bread to take over to the (Goddess of Moon). Some scholars consider this the origin of the birthday cake - which is usually still round in shape.

In general, most of the birthday cakes made in earlier times consisted of a round shape. Many historians believe that the shape had to do with the beliefs and customs of people within that time.

All the world is birthday cake, so take a piece, but not too much.
~ George Harrison ~

Other scholars however, maintain that the real birthday cake tradition only started later, in the Middle Ages within .

At that time, historical accounts point to the Germans making sweetened bread, which they would form in the shape into the form of baby Jesus in a swaddling cloth. The point of this, of course, was to commemorate the birth of Jesus.

Later on, the birthday cake re-emerged in German culture as part of the Kinderfest celebration ('children's party'), which was geared towards the celebration of a young child. In addition, they also made another type of special cake referred to as Geburtstagstorten ('birthday pies'), which was a round cake/pie baked in layers - and now we're closing in on what we think of as a birthday cake today.

Within the Western culture, people serve a pastry or dessert to a person on their birthday, referred to - no surprise -as a birthday cake. Usually before serving the cake, people decorate it with the person's name, in addition to a message of congratulations. For the most part, the number of candles placed on the cake depends on the age of the individual.

On occasion, some people have the tradition of placing one extra candle on a cake in order to give the birthday person good luck. Generally, the cake consists of a spongy texture. The most popular flavor tends to be chocolate.

Funny Birthday Phrases on Youth and "the Good Old Days"

At one time or another, most of us have heard someone that we know or on a show refer to the good old times. Most times, they are in reference to how things used to cost a lot less. One perfect birthday quote as an example is...

Inflation is when you pay fifteen dollars for the ten-dollar haircut you used to get for five dollars when you had hair.
~Sam Ewing ~

For many that are older, youth is a time to look back on and cherish fond memories of how things used to be. Most remember the times they felt free and non-constricted by the bonds of growing up.

On the other hand, some are more than happy to leave that portion of their life behind. Here is a collection of funny birthday phrases throughout the years. 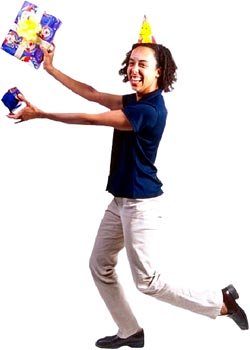 We are only young once. That is all society can stand.
~ Bob Bowen ~

On-stage nudity is disgusting, shameful and damaging to all things American. But if I were 22 with a great body, it would be artistic, tasteful, patriotic and a progressive religious experience.
~ Shelley Winters ~

I will get wildly enthusiastic about little things ... I play with leaves. I skip down the street and run against the wind.
~ Leo Buscaglia ~

To me, old age is always fifteen older than I am.
~ Bernard M. Baruch ~

The older the fiddler, the sweeter the tune.
~ Pope Paul

I think all this talk about age is foolish. Every time I'm one year older, everyone else is too.
~ Gloria Swanson ~

After a man passes sixty, his mischief is mainly in his head.
~ Washington Irving

Life begins at 40 - but so do fallen arches, rheumatism, faulty eyesight, and the tendency to tell a story to the same person, three or four times.
~ Helen Rowland ~

Forty is the old age of youth; fifty is the youth of old age.
~ Victor Hugo ~ 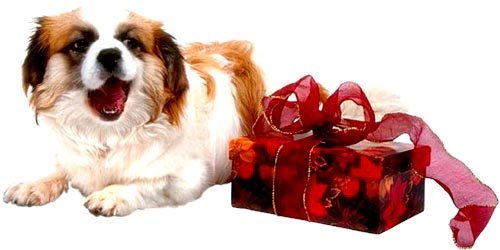 While reading these funny birthday sayings and quotes, you are sure to notice that some of them are just so true. Such as ...

It takes a long time to grow young.
~ Pablo Picasso ~

No one grows old by living—only by losing interest in living.
~ Marie Ray

Age is an issue of mind over matter. If you don't mind, it doesn't matter.
~ Mark Twain ~

If you think about it, many of the funny birthday phrases have to do with people taking the longest to grow up. Along with age, some become more refined while others do not ...

Men are like wine: some turn to vinegar, but the best improve with age.
~ Pope John XXIII~

Happy Birthday Quotes: Lots of happy birthday quotes, funny quotes on age along with an outline of the history of birthdays

Funny 50th Birthday Quotes: and Funny Birthday Saying about Age that Shed a Positive Light on Getting Older

Back to the top of this page about Funny Birthday Quotes, Phrases and Sayings for Everyone ... Plus the History of Birthday Cake