• It's raining cats and dogs, they say, but why do they say it?
• Funny cat quotes & funny dog sayings, chosen for your amusement

• Inspiration: What can we learn from our beloved pets?
• This is almost a small reflective essay / motivation essay 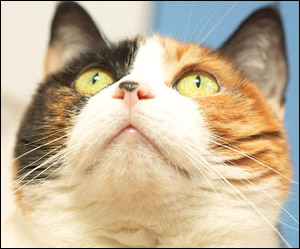 • This page is an entry in "Funny Life Quotes & Stuff: The Quotescoop.com Inspiration Blog" - a blog aimed at your entertainment, inspiration and empowerment. This inspirational, motivational blog is based on fun, truth and empowerment theory, and it incorporates inspirational sayings, bizarre facts, funny unanswered questions, really funny jokes, random funny stuff and more!

Since we (at Quotescoop.com) love bizarre facts, weird but true facts, and interesting animal facts we thought we would find out where the weird expression 'It's raining cats and dogs' comes from.

Turns out, though, that nobody really knows where that particular saying comes from. There are lots of interesting attempts at explaining it, but the most likely explanation is rather prosaic and nasty, because it has to do with dead animals being washed away in gutters. But, since nobody knows for sure any guess is (almost) as good as any other.

Here at Ouotescoop.com we much prefer the more imaginative guesses, such as packs of dogs and cats (packs of cats?) crawling around on thatched roofs, slipping when it rains and falling down on surprised peasants ... or (really) freak weather lifting herds of cats (herds of cats?) and dogs into the sky and raining them down again on highly surprised gentry.

Funny Quotes about Attitude:
Dogs Have Owners - Cats Have Staff!


However, seeing as how we came up almost empty on the funny animal facts / funny language facts bit, let's end this blog by having a quick look at cats and dogs.

There's a lot we can learn from our beloved pets, and much of it is about attitude towards life.

Let's illustrate that with a cat and dog joke ...

A dog thinks: 'Hey, these people I live with feed me, love me, provide me with a nice warm, dry house, pet me and take good care of me ... THEY MUST BE GODS!'

A cat thinks: 'Hey, these people I live with feed me, love me, provide me with a nice warm, dry house, pet me and take good care of me ... I MUST BE A GOD!'

A couple of funny dog quotes and funny cat quotations will illustrate much the same points:

Dogs believe they are human. Cats know they are divine.
~ Inspirational quote ~

Women and cats will do as they please, and men and dogs should relax and get used to the idea.
~ Robert A. Heinlein ~

Dogs tend to love their owners without reservation, and, originally used to living in packs, they're obedient and they're fiercely loyal.

Life is like a dogsled team. If you ain't the lead dog, the scenery never changes.
~ Lewis Grizzard ~


Dogs will love even fairly lousy dog owners - and they quickly forgive their owners for just about anything. That's unconditional love for you, right there.

A dog is the only thing on this earth that loves you more than he loves himself.
~ Josh Billings ~ (born Henry Wheeler Shaw)

To his dog every man is Napoleon; hence the constant popularity of dogs.
~ Aldous Huxley ~

Dogs are also cheerful most of the time, and they're quite transparent in their needs. For instance, they want to touch and be touched, and they will show you this in very direct, physical ways.

So, dogs are often called 'man's best friend' - but like in all good friendships the relationship is mutual:

Cats have a very different attitude from dogs. They, too, can love you, but they are all about personal space, choosing for themselves, discretion, non-interference and respect. Ergo, here are some funny cat quotes:

Cats are smarter than dogs. You can't get eight cats to pull a sled through snow.
~ Jeff Valdez ~

Consequently, contrary to a dog, you can't 'own' a cat. The cat either chooses to live with you, or it doesn't - and leaves.

Dogs come when they're called; cats take a message and get back to you later.
~ Mary Bly ~ 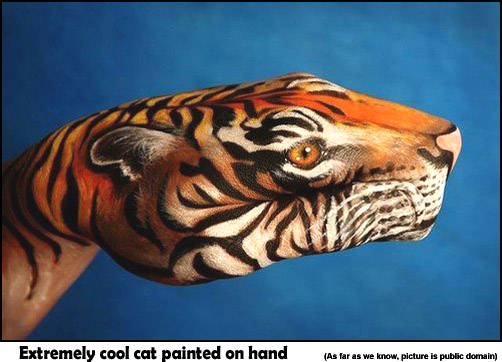 Unless you know cats well, you'll think that they aren't obvious in telling you what their needs are. But once you get to know them - on their own terms, of course - it does become obvious.

As anyone who has ever been around a cat for any length of time well knows cats have enormous patience with the limitations of the human kind.
~ Cleveland Amory ~

Also, cats love attention just as much as dogs. Again, though, they want it on their own terms. If you disrespect them they will regard you with disdain, and they do take somewhat longer to forgive than dogs.

Cats can be cooperative when something feels good, which, to a cat, is the way everything is supposed to feel as much of the time as possible.
~ Roger Caras ~

Cats do not have to be shown how to have a good time, for they are unfailing ingenious in that respect.
~ James Mason ~

These two different ways of approaching life, love and togetherness (relationships) are really useful as examples.

Thus, the expression 'Are you a cat person or a dog person?' takes on a whole new meaning ...

Funny Cat Quotes and Funny Dog Sayings:
So, ARE You a 'Dog Person' - or 'Cat Person'?

If you're much like a dog, there's something to learn from the cats - independence, dignity, mutual respect and being yourself, for instance.

And if you're much like a cat, there's something to learn from the dogs - loyalty, courage, 'sticking with it', and an unconditionally loving and positive attitude, for example.

Cats' hearing apparatus is built to allow the human voice to easily go in one ear and out the other.
~ Stephen Baker ~

The mathematical probability of a common cat doing exactly as it pleases is the one scientific absolute in the world.
~ Lynn M. Osband ~

Dogs are the leaders of the planet. If you see two life forms, one of them is making a poop, the other's carrying it for him, who would you assume is in charge?
~ Jerry Seinfeld ~

The noblest of all dogs is the hot-dog; it feeds the hand that bites it.
~ Laurence J. Peter ~