Friends is one of the most famous sitcoms of all times, and many of the Friends quotes have made their way into entertainment history.

All of the quotes from Friends are endowed with a very high laughter potential, so there's a good chance that you'll a great laugh. It seems that Friends quotations are blessed with much more popularity than famous TV quotes from any other TV show.

For the best famous televisions quotes, here are the best quotes from Friends: 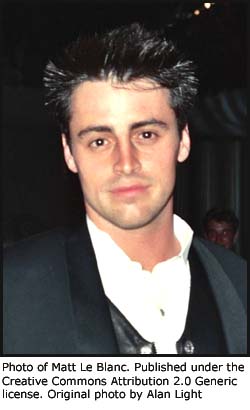 Of all of the characters from Friends, the Joey quotes tend to be some of the most famous TV quotes.

All of the Friends quotes made by Joey serve to show just how much of a loveable idiot Joey Tribbiani is, and many of his famous quotes have made him one of the most popular characters on the show.

(Asking Ross) Joey: Between Monica or Rachel, who would you rather sleep with.
(Disgusted) Ross: Dude!
Joey: Oh right, I forgot you had that whole Rachel thing.


Monica: Hey Joey, what would you do if you were omnipotent?
Joey: Probably kill myself.
Monica: Excuse me?
Joey: Hey, if Little Joey is dead then I've got no reason to live.
Ross: Joey, OMnipotent.
Joey: You are? Oh, Ross, I'm so sorry.


Rachel: They really got you guys. The TV, the stereo...
Monica: The microwave, the chairs ...
Joey: Aww, man. He took the five of spades. Oh no, here it is.


Joey: (to Chandler) Okay, man. I didn't want to bring this up, but Chandler is the stupidest name I have ever heard in my whole life. It's not even a name. It's barely even a word. It's kinda like Chandelier ... but it's not. It's a stupid, stupid, non-name. 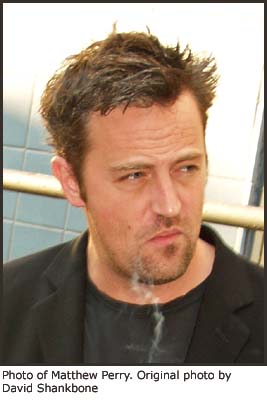 Chandler is always the funny, sarcastic one of the show, and Chandler is responsible for a large portion of the funny quotes floating around the internet.

Chandler went from being a sarcastic guy who simply could not score with the ladies to a family man married to Monica, and his famous TV quotes taken from the episodes of Friends reflect those changes.

Joey: You don't know what it is like to put yourself out there and get shot down just like that.
Chandler: I don't know what that's like? Until I was 25, I thought the right response to "I love you" was "Oh, crap".


Rachel: You idiot!
Chandler: I'm sure you're right, but why?


Monica: Alright, I've got a leg, three breasts, and a wing.
Chandler: How do you find clothes that fit?


Chandler: Sometimes I wish I were a lesbian. (All stare at him)
Chandler: Did I just say that out loud?


Chandler: Oh yeah, I'm a gym member. I try to go for times every week, but I've missed it the last...... twelve hundred times.


Rachel: No accountants. Oh, and no one from, like, "legal. I don't like guys with boring jobs.
Chandler: Oh, and Ross was like what, a lion tamer? 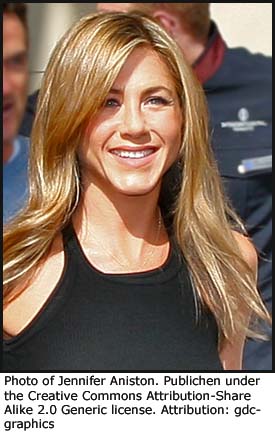 Many of the most famous quotes from Friends come from Rachel, and she actually has a number of funny television quotes in her role on Friends, though most of the time they were said inadvertently.

Rachel's quotes were often accidental, and she portrayed the spoiled, rich girl who was forced to work.

Joey: What're you doing?
Rachel: Well, I was considering moving the couch here.
Joey: Why would you want to do that?
Rachel: So there would be a decent place for me to sit.
Joey: Rach, there is a decent place ...
Rachel: And your lap doesn't count


Rachel: If she wanted to be more like me, why didn't she copy my hairstyle or something?


Monica: Between you and me, in this day and age, how dumb do you have to be to get pregnant?
Rachel: Hey, you know sometimes you can do everything right, everyone can wear everything they're supposed to wear, and one of those guys just gets through.
Monica: How?
Rachel: I don't know. Maybe they have tools.


Monica: So Ross has never checked out of a room a minute before he had to?
Rachel: Yeah. Once, when we were dating, we got a late checkout. He got so excited that it was the best sex we ever had. Until, you know, he screamed "Radisson" at the end.


Ross: You're money's mine, Green.
Rachel: Your fly's open, Gellar. 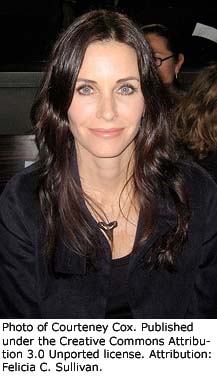 Monica portrays the high strung, workaholic perfectionist, and many of her famous quotes from Friends reflect these features.

Most of her quotes show just how tense she was, yet she had a biting wit that was able to match that of Chandler.

Her famous television quotes are many, and she came out with a number of Friends quotes that put the show on the map.

Monica: Fine, judge all you want, but (Ross) married a lesbian, (Rachel) left a man at the altar, (Phoebe) fell in love with a gay ice dancer, (Joey) through a woman's wooden leg into a fire, (Chandler) live in a box!


Chandler: I didn't want you to be embarrassed to be seen on the dance floor with some clumsy idiot.
Monica: Oh honey, you could never embarrass me. Ok, you could easily embarrass me.


Joey: What the hell does a paleontologist need a beeper for?
Monica: Is it, like, for dinosaur emergencies? "Help, come quick, they're still extinct!"


Ethan: Before we get into any staying-over stuff, there is something you should know.
Monica: Okay, is this like "I have an early class tomorrow" or "I'm secretly married to a goat"? 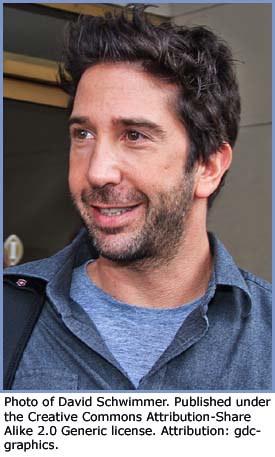 Ross is infamous for his many poor decision on the show Friends, and his character was the emotional, neurotic character that came up with many hilariously famous TV quotes.

Most of his quotes from Friends show just how clueless he was in so many areas of life, and his quotes tend to be hilarious.

Ross: Do you have a minute? I want to talk to you about something I'm really uncomfortable talking about.
Joey: Sure, how about you showering with your mom?
Ross: I had a topic in mind, actually.


Rachel: Ross, you've learned some new moves.
Ross: Someone at work gave me Sex for Dummies, but who's laughing now!


Rachel: Hey guys, did you check out the new hand dryers in the bathroom?
Ross: I thought that was just a rumor.


Chandler: Hey, you guys in the living room all know what you want to do. You know, you have goals, you have dreams. I don't have a dream.
Ross: Ah, the lesser known "I have a dream" speech.


Ross: I'm just saying, if dogs do experience jetlag, then because of the whole seven dog years to one human year thing, then when a dog flies from New York to LA, he doesn't just lose three hours, but he loses like a week and a half.


Funny Quotes from Friends as stated by Phoebe
(Lisa Kudrow) 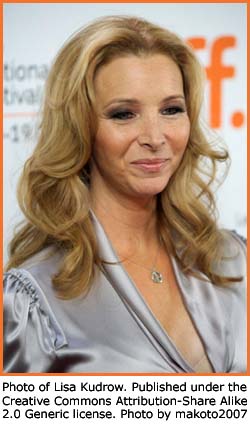 The quirky one of the group was Phoebe, whose off the wall Friends quotes portray just how much of an odd bird she was.

Her quotes are usually fairly entertaining, though a number of the quotes from Friends which she said are incredibly off beat and strange.

Rachel: Hi. I just wanted to apologize. I'm sorry I was such a baby.
Phoebe: That's ridiculous Rachel. We were all babies once.


Phoebe: And then we can teach them to sing and we'll be just like the Von Trapp family. But without the Nazis - no, that sounds pretty dull.


Ross: His name's Marcel. My friend Bethel rescued him from a lab.
Phoebe: That's so cruel! Why would anyone name their child Bethel?


Rachel: Can you believe what a jerk Ross was being?
Monica: Yeah, I know. He can get really competitive.
Phoebe: Ha, ha, ha.
Monica: What?
Phoebe: Oh, hello? Kettle? This is Monica; you're black.


Phoebe: Ross, how many parents have you ever lost?
Ross: None.
Phoebe: Well, then you don't know what it feels like when one of them comes back.


Phoebe: Oh, I've got a birthday party, with some work people.
Chandler: Work people? Nobody told me.
Phoebe: No, I know. That's a part of the whole, you know, them not liking you extravaganza.


Phoebe: Your tombstone can say whatever you want it to say. It could say: "Ross Geller: Good at Marriage". Ya know? Mine's going to say: "Phoebe Buffay; Buried Alive".